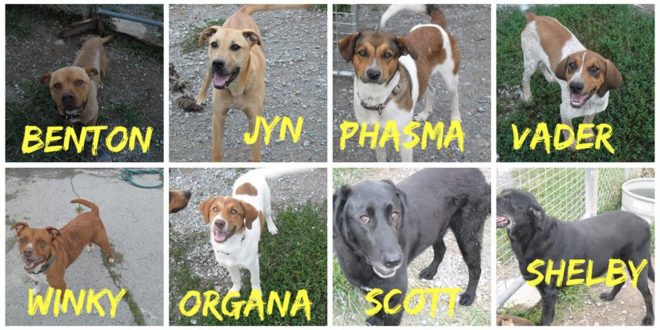 The 7th Annual Bark in the Park will take place on June 16 at Rock Creek Park from 12p-8p.  We have vendors to shop, awesome Food Trucks to appease any appetite, bounce houses for the kids, live music, pet contests, dogs and cats for adoption from rescues and the animal shelter, raffles, and giveaways.  All proceeds benefit the Lewisburg Animal Shelter Volunteers (a 501c3 non-profit) that helps the dogs at the animal shelter.

For more information go to www.lewisburganimalshelter.com/events or our Facebook page @barkintheparktn.

Rescue groups may set up for FREE at our event!

Newer dogs are listed at the end of the listing. Rescue pull fees for non vetted dogs are $10. Rescue pull fee for vetted dogs is $70. Dogs are vetted on Wed when they are off their stray hold. The city must be reimbursed for vetting costs to the vet. Sponsorships may be available on some dogs. Send all inquiries to susan.ragsdale@lewisburgtn.gov. Be sure to check back through the longer term dog descriptions because they are changed and updated on a regular basis.

We are located an hour south of Nashville down I65.

DOGS AVAILABLE THIS WEEK AT THE LEWISBURG ANIMAL SHELTER:

Rocket #245 – My name is Rocket, and they call me ‘Rocketman’ around here. I’m that fast! What I mostly go for is food. Yep. I’m an American Bulldog hog. I LOVE it. I seek it out. It’s my everything. But I want you to be my everything too and take me home with you! I need hugs and blankets, and stuffed animals! And treats! I’ll do anything for a treat. I’m a hunk of burning love for my treats! If I sound like a dog you could share your home, and food with, then look no further. I’ll even go on a jogging regime with you if you want! I am heartworm negative, microchipped, and weigh a trim 55 pounds. I’m ready for life on a couch! My ancestry is American Bulldog with a few other breeds probably thrown in there. Come adopt me and see what a true couch potato looks like!

GloWorm #404 – Hello there my pretties! My name is GloWorm and I’m the senior gal around here. I would LOVE to be out of the shelter. Why? Because I’m getting on up there in my years, and the shelter just isn’t the place to be when you are getting older. I’m only 6 ½, which is young to me, but seems that folks just don’t see me that way, and think I’m OLD. Believe me there is PLENTY left in this old American Bulldog gal. I love couches, and when they let me go up front that is the FIRST place I go to. It’s so comfy to these bones of mine. I seem to have no medical issues, so I laugh at the term senior gal! I’m heartworm negative and microchipped, and have a lot of love to give. If you give me the chance, I will take on your family as my own, and provide the service of running off strangers you don’t want poking around. Once I get to know you I love you, but others will just have to go through an inspection because believe me, they do NOT want to get on my bad side, which really isn’t bad, I just want them to think it is! A lady doesn’t tell her weight, but they say it may help with my image, so I’m a slim trim 60 pounds! I love my treats, and will take them to bed with me while I wait for someone to come see me the rest of the day. Will you help me find that home that I so desperately am looking for?!?

Pettigrew #21 – My name is Pettigrew, and I’m a super dooper trooper of a Pitbull dog! I love being with people, because they give me treats, and I am ALL about food. I know I’m not supposed to be here, and go to the door to be let out when out of my kennel. I get along with my neighbors next door to me, but need to be on my own with food around. I weigh 56 pounds and could put on a few more pounds and still be okay with that. I’m heartworm positive but have been started on treatment, am microchipped, and would love to be the new gal pal of your household.

Winky #27 – Um…hello. My name is Winky. I’m very shy. But I’m told that I am a good American Bulldog girl. A special girl. And that the right someone is just waiting for me out there. I follow my caregivers around, because I have learned that they are kind, and good. I have learned that they will feed me where others did not. And they have these magical wonderful things in their pockets they call treats. They are wonderful! I came in underweight at 33 pounds but I’m doing much better so I was just taken to the vet today. I’m now fully vetted and ready to go to a new home. Oh they said I’m heartworm positive but the good folks here have put me on a treatment so I’ll be good as gold in about 6 months. I would love for you to take care of me in your house til I’m better then I will be your BFF . If you are a special kind of forever home, I would sure love to meet you, and be your forever dog too.

Braveheart #65 – Braveheart is a male brindle pit bull mix found as a stray on Buena Vista Street. He is easy going and just a bit shy, but warms up quickly. He weighs 46 pounds and has been neutered prior to entering the shelter. He is on owner stray hold until 3-13 and then will be vetted the rest of the way on 3-21 and then available for adoption. His adoption fee is $25 since he is already neutered.

Capt Morgan #104 – Capt Morgan appears to be a male bassett/bulldog mix found as a stray on Darnell Mealer Road. He is tan and white in color and a little underweight. He went after the shelter cat on intake so definitely no cats in his future home. He has now been fully vetted, is heartworm negative and microchipped. He could stand to put on some more and we have him on a twice daily feeding schedule so it is helping. He weighs 30 pounds. He needs to be an only dog as he has tried to be very bossy with other dogs here.

R2 #144 – R2 is a male hound/shepherd mix found with his sister on Talley Road. He is a super sweet boy weighing 44 pounds. He will be a big dog once grown. He is about 2 1/2 years old and has now been fully vetted, microchipped, and is heartworm negative. Very goofy and loving.

Padme #145 – Padme’ is a female hound/shepherd mix found with her brother on Talley Road. She is a super sweet girl weighing 41 pounds. She is 2 1/2 years old and is heartworm positive. She is on a slow heartworm kill method and is doing great. She is microchipped and fully vetted. Any medications will go with her.

Kenobi #146 – Kenobi is a gorgeous Mountain Cur mix male found as a stray on Albert Sharp Road. He reportedly had killed a couple of the homeowners ducks and chickens over the weekend so not good as a farm dog. He is timid but very sweet, and needs some socializing. The homeowner who found him stated he was good with his dogs and cats. He has now been fully vetted and is heartworm negative and microchipped. He weighs 48 pounds and is a bit on the thin side but that should get better with the twice daily feedings he is on.

Vader #148 – Vader is a male heeler/hound mix found with his sister and mother on I65 at mile marker 30. They were running down the side of the road and all 3 have on collars. They are super shy but allow handling. The pups are better than mom. He is 4 months old and has now been fully vetted, microchipped, and started on heartworm preventative.

Organa #149 – Organa is a female heeler/hound mix found with her brother and mother on I65 at mile marker 30. They were running down the side of the road and all 3 have on collars. They are super shy but allow handling. The pups are better than mom. She is 4 months old and is now spayed, microchipped, and started on heartworm preventative.

Phasma #150 – Phasma is a female beagle/hound mix found with her son and daughter on I65 at mile marker 30. They were running down the side of the road and all 3 have on collars. They are super shy but allow handling. We believe she is around 1-2 years old. She has come out of her shell and is now fully vetted, microchipped, and heartworm negative.

3PO #156 – 3PO is a male pitbull found running on Water Street. He was pulling a tie out so we believe he just got loose from where he was tied out. He is very sweet, a little timid, and was great with the shelter cat on intake. He weighs 48 pounds and is on owner stray hold until 6-1. He is heartworm positive but is on a slow kill heartworm treatment and any meds will go with the adopter. He is a very good boy and has now been fully vetted.

Jyn # 158 – Jyn is a female black mouth cur mix found as a stray on Fairview Ave in Cornersville. She is great with people but would not be good around toddlers as she is a jumper. She is highly food aggressive to other dogs, so she needs to be kept separate at feeding with no food left out on a regular basis. She is now fully vetted, heartworm negative, and microchipped.

Endor #160 – Endor is an American Bulldog found as a stray on Endsley Rankin Road. She appears to be around a year old and is super friendly and outgoing. She has now been fully vetted and is heartworm negative and microchipped too. She weighs 44 pounds.

Benton #166 – Benton is a male brown and white pitbull found as a stray at Hardison Annex off 4th Avenue north. He was wearing a collar so he is on owner stray hold until 6-13. He is a little timid but seems to be good natured. He will be vetted on the 13th then made available for adoption or rescue if the owner doesn’t come forward.

Scott #167 – Scott is a neutered male lab mix found as a stray in the Industrial Park at CKNA with his female companion Shelby. They are bonded so must be adopted together. He appears to be at least 6 years old and is super friendly and outgoing. He weighs 83 pounds and is on owner stray hold until 6-12. He will go to the vet on 6-13 and get his rabies, heartworm test, and microchipped. His adoption fee is $25.

Shelby #168 – Shelby is a spayed female lab mix found as a stray in the Industrial Park at CKNA with her male companion Scott. They are bonded so must be adopted together. She appears to be at least 6 years old and is super friendly and outgoing. She weighs 82 pounds and is on owner stray hold until 6-12. She will go to the vet on 6-13 and get her rabies, heartworm test, and microchipped. Her adoption fee is $25. 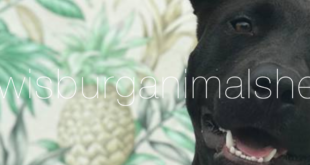