Cost of living in Nashville growing faster than any other city

Research shows that while the cost of living in Nashville, and even Tennessee as a whole, is lower than the national average, it’s growing rapidly in a small amount of time.

It now costs $70,150 to live comfortably in Music City. That number comes from a GoBankingRates study.

“Based on how much you should budget for those, which is 50 percent necessities, 30 percent discretionary and 20 percent savings, we calculated the income you would need in each city. So basically Nashville not only had the biggest change in the cost of living index year over year, but also had the biggest increase in how much money you would need between those two studies,” said GoBankingRates Finance Writer Andrew De Pietro.

That’s making things tough for a number of people, like Shirley Marie Johnson, who runs a non-profit for domestic violence victims.

“It’s put me in a spot where, you know, I’ve had nowhere to live sometimes, and I’m a CEO. I think it’s hard for so many people. I just gave a lady today some information for social services. She and her daughter both have nowhere to live,’’ said Johnson.

One problem is the average paycheck isn’t keeping up with the cost of living.

“Cost of living usually goes up because of inflation, and our inflation isn’t going up that much as a country. So what’s driving up cost of living is mainly housing cost, and that is the main thing because wages can’t keep up with that,” said De Pietro.

“I think that people should be paid more,” said Johnson. “Having the cost of living the way it is, and so many people cannot afford to live anywhere. It’s just too expensive.”

But it’s not all bad news.

“I think a lot of this growth in the long run is going to be excellent, even if Nashville goes through some kind of speculative bubble,” said De Pietro.

Right now, Nashville is on track to follow this path of rapid growth into 2018.

“The economic community here is second to none, so as a result of that, we’re really focused on having more people grow their businesses here. Businesses grow, prosperity increases and when prosperity increases, not only is human suffering alleviated, but a lot of other good things happen,” said Nashville resident Jim Phillips.

It takes weeks to gather data for studies like this, and we’re told if it took any longer, the statistics would change again. 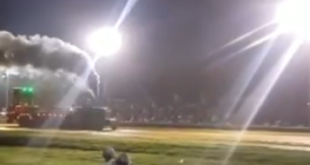